"Can all your worries add a single moment to your life?" Matthew 6:27 (NLT)

Two years ago while in a church meeting I experience one of the most excruciating pain begin in my back (no jokes please)  in the area of my right shoulder blade and travel right on through. No matter what I did the pain would not go away. Over night it eased up somewhat and my initial thoughts was a pulled muscle. However, a day or so later, I began coughing up blood. Having x-rays done found a spot on my right lung and the PA examining me shared his thoughts that he believed it was cancer but that I would need to follow up with my doctor. 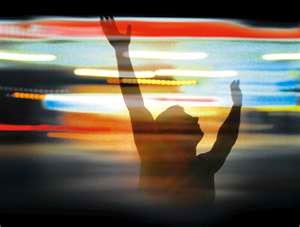 Thus began a period of immobility. The thought of cancer totally brought me to a standstill. As soon as the PA said "cancer", my worrying began and the worrying was so over-powering that I couldn't think clearly, I couldn't talk clearly, and basically I couldn't function clearly. The worries took control of my life, or a better way of saying it is that I allowed the worries to control my life. In a way I would be willing to say that the 'worry' became my little "g" god; something we allow to be at the forefront of our lives, to take the place or to shadow our big "G" God. Yep, I ate my own words.

Now my wife, Donna, went down a different avenue. She didn't let the worry control her or us. She was concerned of course, but she allowed her concern to move her into action. So while I was waiting on phone calls from doctor offices to let me what to do next, she was busy on the computer trying to get me an appointment with a lung specialist, which she did.

Donna's actions got me going again and focused on finding the problem and hopefully a solution. Long story short, after many tests, some extreme, the specialist decided it was a lung infection which damage one of the air-sac thingy in my lung.

I'm sharing this to remind us that Jesus told us not to worry about those needs that God has promised to provide. Should we be concerned about certain things and certain situations? Sure, we can be concern. But worrying will not help the situation if it brings us to a stand still and unable to function. It'll become our worship. As a commentary I read puts it: "Here is the difference between worry and genuine concern--worry immobilizes, but concern moves you to action."

A fellow pastor once preached that you can pray and not worry, or you can worry and not pray, but you can't do both. I understood that clearly, but I still stumbled, but God did not.