As we read through the Bible we sometime find ourselves having a special connection with the people in the stories. The story of Peter's escape from prison is such a connectional place for me. it begins with Peter being arrested and thrown into prison to await trial in the very near future by King Herod, who had gotten his kicks recently by having James killed which pleased the crowds. He was hoping evidently to entertain them again through killing Peter.

We are told that the church (the Christians) were praying earnestly to God for Peter. The Lord heard their prayers and he sent an angel who freed Peter from his bonds and led him out of the prison. When Peter realizes he's free he heads to John's momma's house, where a bunch of the believers had gotten together to pray. Then story gets sort of funny. 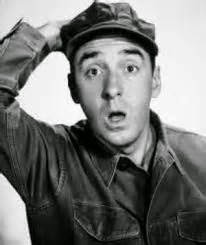 Peter knocks on the gate, and a girl named Rhoda came to see who was at the door.  She recognizes Peter, was so excited, she didn't think to open the gate, but instead ran back inside and told the others that "Peter is at the door!" But instead of believing her, these earnestly praying folk said, "You're out of your mind." That's the funny part. She keeps insisting that Peter is at the door, so they finally go to see who it is themselves and when they see that it is Peter they are flabbergasted, shocked, amazed, and any other synonyms that goes alone with the New International Version's word "astonished".

Now lets backtrack a little. We were told early in the story that after Peter was thrown into prison that the church was earnestly praying for Peter. Well that earnestly have some special meaning here.

Look up the word earnestly and you will find that it means:  Serious in intention, purpose, or effort; sincerely zealous: showing depth and sincerity of feeling: Seriously important; demanding or receiving serious attention. Full seriousness, as of intention or purpose: to speak in earnest.

As you would imagine, I'm a regular prayer and I know the Lord is listening and I believe that he answers our prayers in his own way, in his own time, and not always the way we want them answered. But what about those times when we are praying for special intervention on a particular issue and BAM! Everything you asked for is answered and everything falls into place. Are we flabbergasted? Well, yeah, sometimes. At least I am.

What does that say about me? To be honest; when it happens like that I feel a little ashamed and I lower my head in the presence of the Lord. I know if I pray for God to get involved, then I pray with earnest passion knowing that God is hearing me and believing that he will get involved. I may slip and when I do I also believe that God giggles at me.

I am glad that I worship my great and almighty God; a God of surprises.