Stand Up Speak Up 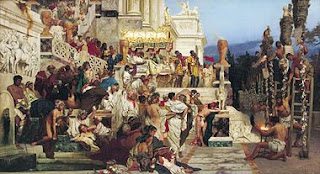 Sitting down reading "The Story of Dietrich Bonhoeffer" by Michael Van Duke and found the following excerpt captivating. Bonhoeffer is talking with Bishop Bell. I'll start with the words of the bishop:

"Perhaps the heaviness you feel comes from the weight of the prophet's mantle across your shoulders?"
Dietrich replies, "I do not aspire to the prophet's role. I only want to be a good disciple of Jesus Christ."
The bishop sighed. "Yes, but the shame nowadays is that, even in the Church, anyone who makes such a statement is laughed at and treated as a fool. Insincerity is automatically assumed."
"Do you think I am a fool, George?"
"Of course I do," the bishop said, smiling back. "But we could use many more fools like you."

These words rekindle in me the words I shared in my sermon this past Sunday as I stated that as Christians we have allowed ourselves to be pushed so deep into the corners by society, that if we do not stand up and speak up when we need to, then will we become the next human torches of Nero's garden parties. We must become the disciples that we have been called to be, commanded to be. - Bobbyology

Posted by Pastor Bobby No comments:

Today we remember. We remember that day that for many Americans became the day we lost our innocence. We lost that thinking that something so horrible carried out by other human beings against another was something we only saw on TV or read about in the paper or magazines that occur thousands of miles away across vast expanses of water. America was changed by the tragic event that took place in Oklahoma City, Oklahoma on April 19, 1995 at 9:02 am.

Timothy McVeigh detonated a bomb filled truck outside the Federal Building in OKC killing 168 people, including 20 children and injuring more than 600. The world never seemed the same after that. Never again would we be able to say that we, as Americans, were immune to the happenings we only saw on TV. 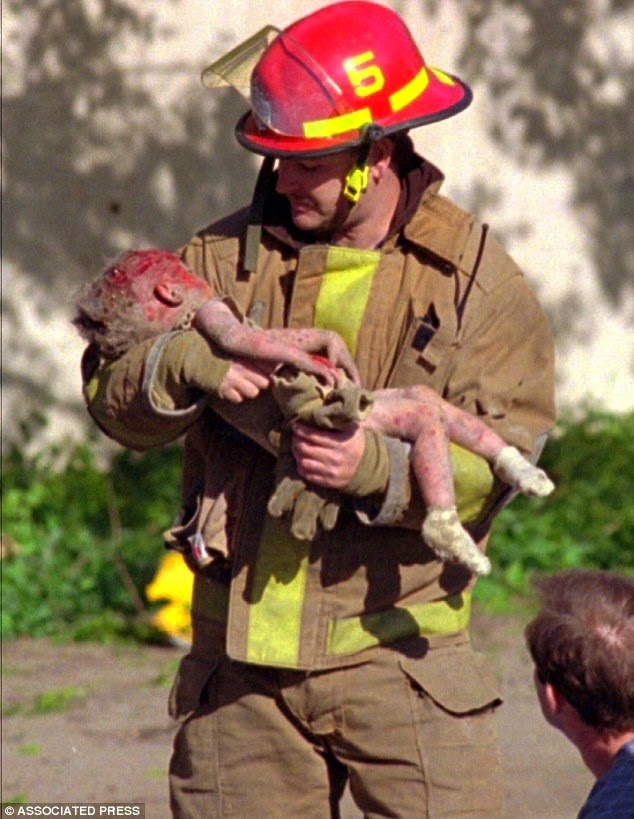 The image that comes to my mind when I hear about the OKC bombing is the picture of firefighter Chris Fields carrying baby Baylee Almon who would die a just after the picture was taken. That picture haunted me for a long time after the bombing. I kept a copy of it on a table behind my desk as a sort of memorial I guess, and as a way to keep myself from forgetting the horror that man can inflict on another. As a law enforcement officer at the time, I felt it was important for me to remember that.

It was also a reminder to myself to do everything humanly possible to protect my family at all cost. My oldest daughter Brittany wasn't quite a year old when the bombing occurred and Baylee reminded me so much of Brittany. Brittany even had a small pair of yellow socks just like Baylee was wearing in the picture. For days after I got the copy of the picture I would tear up whenever I looked at it.

I don't want to imagine what the people of OKC went through following this terrible event. I just pray for them to carry on even after twenty years, the scars, both physically and mentally are carried bravely. I've read many articles over the past few days. One was an interview with firefighter Fields and Baylee's mother, who have remained friends over these past twenty years. It is a blessing to know that Mrs. Almon began a non-profit in memory of Baylee which aids families in dealing with the effects of disasters, both natural and man-made disasters. Fields will be retiring within the next three years he said in the interview. He suffered PTSD and received counseling and remain in the fire service with the strong support of his wife.